People forecasting the end of days is nothing new. In fact, just 10 years ago, people around the world grew nervous about predictions made by ancient Maya calendars. In the last 2 years, we’ve experienced an unprecedented global pandemic and the current economic climate of uncertainty.

The end of Q3 has arrived, and if the news, social media, and those talking head pontificators are anything to go by, the end is upon us! So does this mean it’s time to stock up on canned goods and board up your doors and windows? The short answer is no.

What we’re experiencing currently isn’t the end, but rather, in my opinion, the end of an era. Since 2009, as I touched upon previously, interest rates have been historically low, and the Fed Funds Rate has effectively been 0% until recently. When interest rates are low, money is the equivalent of being free, which can help to mask the true value of businesses with low profitability. While continuing to cheaply fund their unprofitable growth.

Conversely, when interest rates are high, the opposite should happen.  Why?  Because now there is an actual cost to fund unprofitable ventures.  Thus, they need to start showing profitability much sooner than when money is essentially free.  There is now also competition for this capital in the form of short-term Treasuries and cash equivalents.

The events of today highlight perfectly the effects of interest rates on different businesses. Since the pandemic, trading apps spiked in popularity and had many people thinking that investing was easy - simply look at the “MEME Stock” saga. However, seemingly the second interest rates shot up, businesses that were hanging onto the coattails of overall market euphoria were exposed.

Sadly, as I’ve been asked to review numerous portfolios recently, I see the same thing.   A concentration of recent “hero” investments, not looking so heroic any longer.  As the Great Bambino, Babe Ruth, stated, “Heroes get remembered, but legends never die.”  This is why we base our investment philosophy on two legends in Warren Buffett and Jack Bogle by owning the most profitable businesses, while seeking to reduce the drag of cost and taxes.

As you can see in the news and social media, this has short-term investors in a panic. Times change, people change, but the game remains the same.

However, creating long-term sustainable wealth should not be considered a game!

So what does the end of this era also mean? Well, the dollar is strong.  For example, the dollar is essentially on par (1-to1) with the Euro.   When my wife and I went on our honeymoon in 2009, the dollar was so weak, at about 1.4 Euros to 1USD, I only felt like eating gelato because it was the only thing that I could afford. If we went now, however, I’d be eating much more than gelato! Though, I would still eat my fair share of gelato because it was so great.

Eventually, the strength of the dollar should be good for non-US equities.  Non-US goods and services are now much cheaper to the US consumer today, which should eventually be stimulative to those economies.   On the flip side, it should be a drag for US companies. However, valuations are widening between US and non-US based businesses, which feeds into sentiment - a lagging indicator of the state of overseas economies.

Currently, people are not confident in the market, and sentiment is low, which is fairly typical during times of pressure. However, people often incorrectly use this as an indicator to predict the future state of the market.  You see, a lack of confidence happens after the fact, just like a rise in confidence. So what can we use as a leading indicator instead? Let me use an award-winning smoked brisket to explain.

Last Thanksgiving, some of my neighborhood friends and I had an unofficial smoked brisket cooking contest…and I came in second to last place. If I were a stock, this would have slammed my value. When confidence and sentiment are down, people typically look to improve and so I did. I read and practiced more and both of these factors became leading indicators of my future performance.

The same thinking can be applied to the market. People will assume that just because high-flying “hero” stocks have done well in recent years that this trend will continue. However, past performance is not an indicator of future success. Are these companies innovating? Have they built a strong and profitable model that will keep them afloat no matter what market tides lie ahead (leading indicators)? Or are they simply the beneficiaries of hype and an inflated market(lagging indicators)?

Understanding these differences is what separates the wealthy from everybody else. If you’re a long-term investor like me and clients here at Julius Wealth Advisors, bumps in the road aren’t signs to start panicking.  They are simply part of the journey. Football teams don’t wake up on the day of the Super Bowl and hope to bring home a title. They start preparing the day after the end of the previous season. They analyze their team, their opponents, their strengths, their weaknesses, and map out a plan for the long road to success. This way, when they lose a game (which all teams inevitably do, except my 1972 Dolphins) they can learn from their mistakes and continue towards their goal better prepared for the future.

To panic now would be like ending the season after your first loss. Doing so would mean that you will never make it to the Super Bowl, or to put it in financial terms, never reaching your financial goals. I’ll ask you this, what’s scarier? A dip in the market and consumer confidence? Or waking up in 10, 20, or 30 years without achieving your financial goals because you panicked along the way?

The path to financial freedom and sustainable wealth isn’t typically an easy one, but with the right partner to help you up when you stumble, it can be a much more comfortable and fruitful journey.

I look forward to hearing from you during the next quarter, but until then, here’s to better smoked briskets and much better wealth! 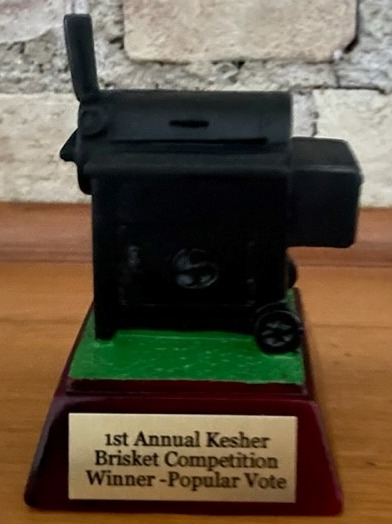 This piece contains general information that is not suitable for everyone and was prepared for informational purposes only.  Nothing contained herein should be construed as a solicitation to buy or sell any security or as an offer to provide investment advice. Past performance does not guarantee any future results.  For additional information about Julius Wealth Advisors, including its services and fees, contact us or visit advisorinfo.sec.gov.