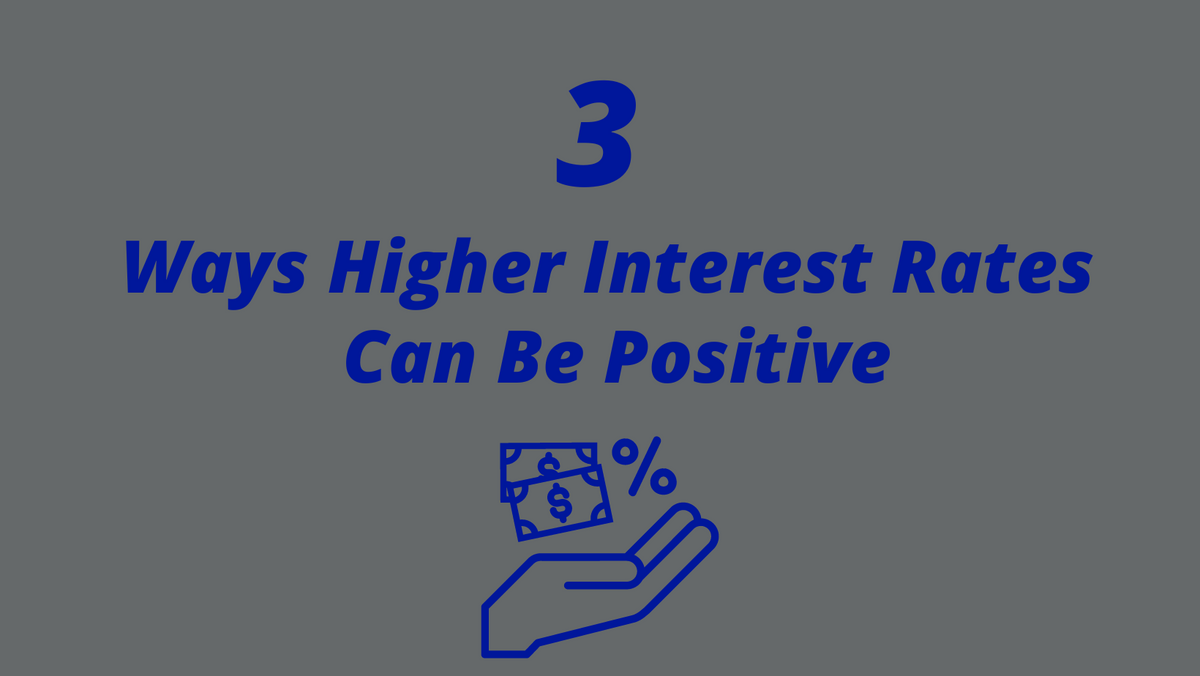 No matter where you get your news, I think we can all agree that the tone has been overwhelmingly negative of late. This is upsetting because a lot of people just go by the headlines which are raising a lot of alarm bells about interest rates.

On the surface, it’s easy to understand why people are worried about rising interest rates. However, if you just go by the headlines, you’ll typically only see the negatives, and be another sheep following the herd. The fact is that higher interest rates aren’t just all bad, but can actually be positive.

First, since I always try to lead with knowledge, a quick tutorial on why the Fed raises/lowers interest rates.

Why Does the Federal Reserve Raise & Lower Interest Rates

The Federal Reserve looks to lower and raise interest rates to either stimulate (lower) or cool down (raise) the economy.  To essentially move individuals and businesses up (lower)/down (raise) the “risk spectrum.”

For example, if one is seeking a return on their cash, or a business is looking to invest in a project, the rationale thought would be, “where can I get the best return for the risk I am looking to take?”

Well, if you wanted to stick your money in a bank account, since 2010 the average interest rate has been fairly close to 0%﻿﻿1﻿﻿.  Thus, forcing people to look elsewhere to get some sort of return.  That elsewhere was most likely to a riskier investment.  Hence, pushing up the risk spectrum.

You want to take on a little more risk and own a 10-year Treasury bond?  Well, that was below 1% during the COVID-19 Pandemic, and has averaged about 1.5% since February 2020.  Further out the risk spectrum we go! 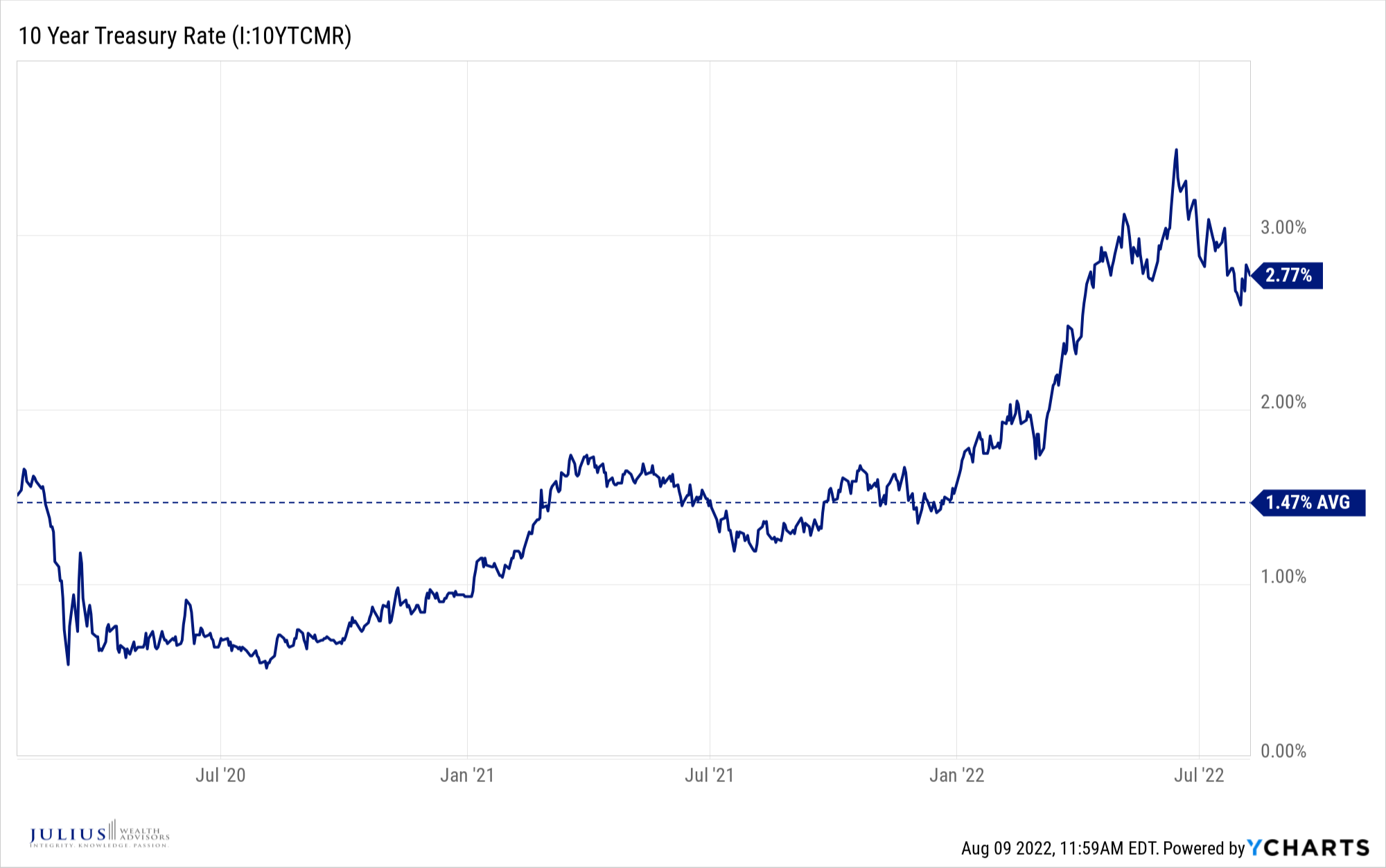 One should continue to move out until they receive a return they deem commensurate with the risk they are seemingly willing to take (key word being “seemingly”).

So, with this context, and with The Federal Reserve now raising interest rates to pull people and businesses back down the risk spectrum here are 3 ways that higher interest rates can actually be a good thing.

1. The normalization of the economy

As I’ve discussed in previous blogs, context is key when looking at the economy, and personal finance as a whole.  If you look at the history of the Fed Funds rate, since 1954 it has averaged about 4.6% and we’re currently at around 2.3%. The reason rates are rising is because, during the pandemic, interest rates were at 0% to help the economy stay afloat. In fact, they have been close to 0% since The Great Recession in 2009. 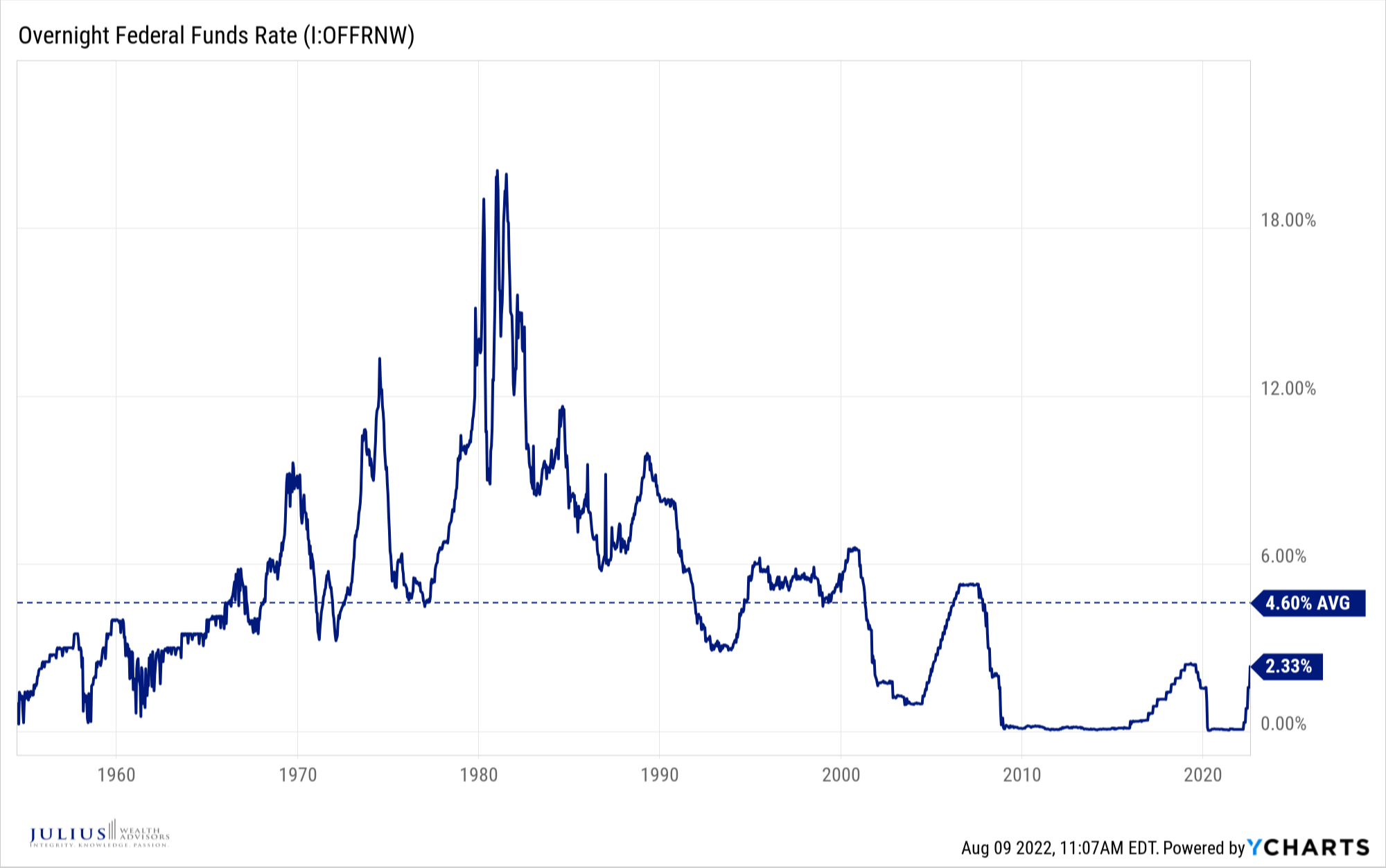 Think of it like a person who has sprained their ankle. After the initial injury, you take measures to help their recovery such as keeping their ankle elevated and using crutches.

While these measures are important to help with the initial recovery, you can’t use them forever - otherwise, this person won’t rebuild strength in their ankle and walk again. You want to gradually limit the use of crutches and get back to normal. This is the process that we’re going through at the moment as the economy recovers.

Signs of recovery are good - so with this context, you can see that rising interest rates aren’t as bad as they seem.

If you’re trying to grow your savings or living off a fixed income, higher interest rates are a good thing. Over the last few years, rates of returns from savings accounts have been embarrassingly low. A rise in interest rates, however, means that returns from these accounts should start increase, which is some more good news!

The same goes for those on fixed incomes, such as retirees. Higher interest rates mean better returns from things such as high quality bonds, money markets, and CDs. In years gone by, returns from these have been low, which forced retirees to step out on the risk spectrum to get the income they need. During the ’90s, when my grandfather, Julius, was teaching me about investing, I vividly recall him buying AAA corporate bonds to get the 6-7% return he needed to match his spending habits. The lower interest rates of recent years of close to 2.5% have prevented this level of returns. Again, forcing people out onto the risk spectrum. 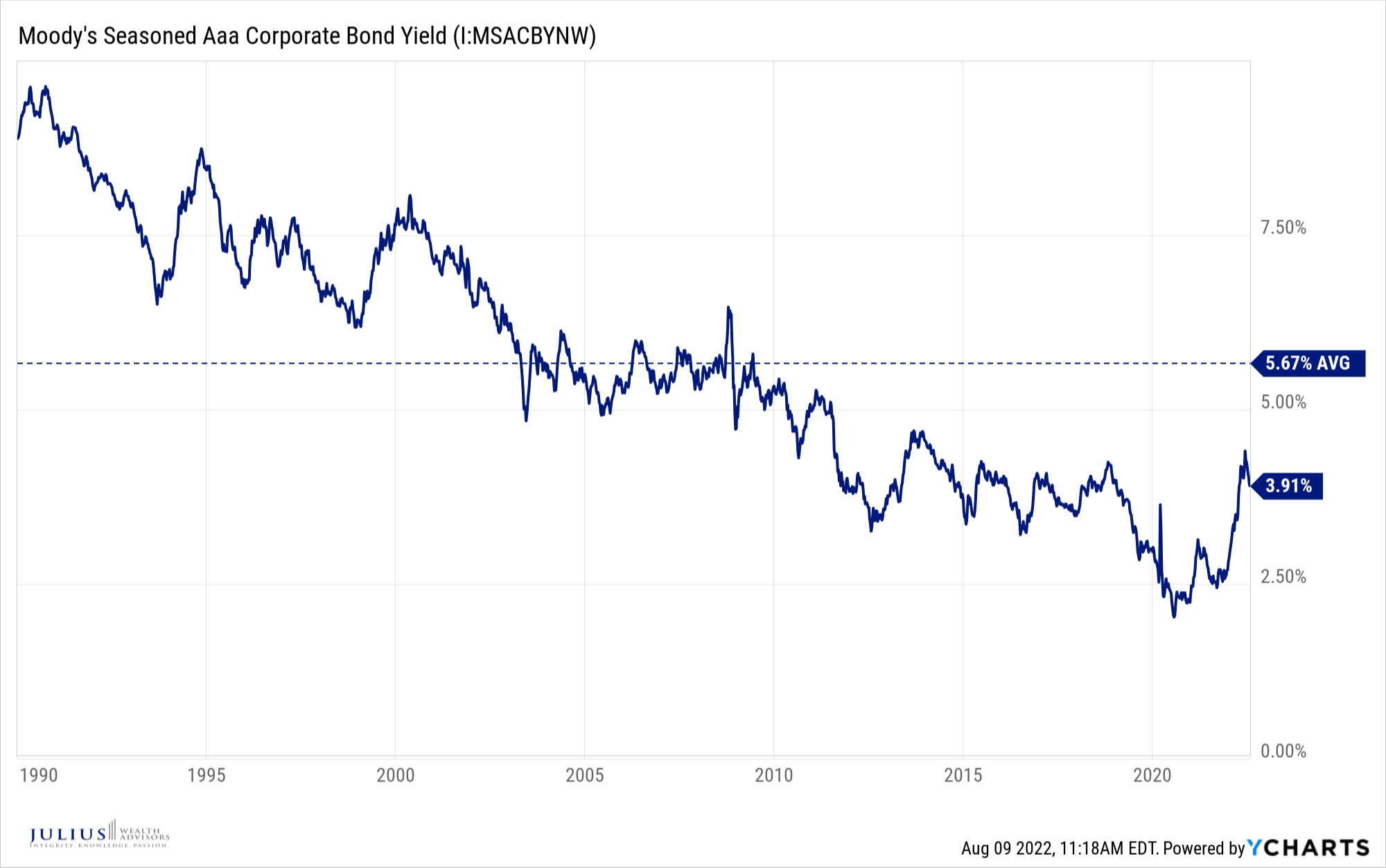 3. The same level of risk for more reward

As I’ve said on multiple podcasts, blogs, and in conversations with clients and friends, there is no way to invest risk-free. Some forms of investment have less risk than others, but some form of risk will always be present.

While the world of finance attempts to make things as complicated as possible, in my opinion, there are really only three buckets that you can invest in; sit in cash, lend your money to others (known as a bond/fixed income), or owning a piece of a business (known as equity). If you’re younger, based on your need to accumulate wealth for your optimal financial freedom goal, odds are you need to have an ownership mindset. The risk of owning a bunch of business effectively is the same over time, the piece that changes is the return one expects for the risk they are taking on. If you’re getting a higher rate on cash, and lending your money, then you should expect the similar increase in returns from equities. Thus, you are essentially taking on the same level of risk for a greater reward expectations.

What we’re seeing at the moment isn’t new. The Fed has raised interest rates before, and they’ll need to do it again at some point in the future. All they are trying to do is pull people in on the risk spectrum. The headlines can be alarming but applying knowledgeable context and figures to these headlines allows you to see the bigger picture with the right context.

The bigger picture is that there is still a clear path to making your money go further and building your sustainable wealth. To get on this path and put your money in the right context, contact us at Julius Wealth Advisors and take the first step in building your long-term wealth.